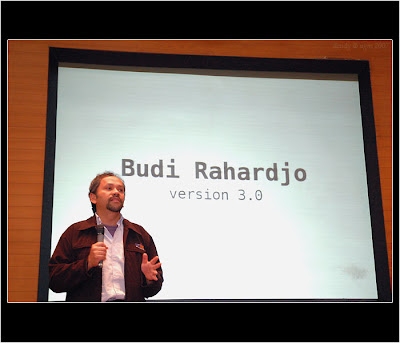 What's new in this version? Well, the main feature is an independent BR. He could be himself.

The other "feature" (or bugs), I think BR is more concurrent. He gets bored easily. Here's an example what BR does at one time: 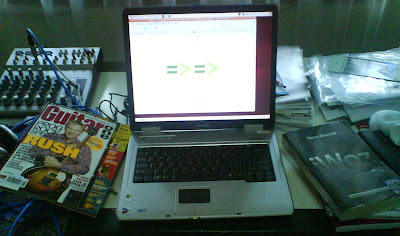 Priyadi said…
i haven't seen you with glasses recently (not that I've seen you much recently). have you fixed that bug? or have you resorted to another workaround such as contact lenses?
9:03 PM

Budi Rahardjo said…
Pri, that "glasses bug" is still in there. Mostly, it is hidden from public. It shows up when BR requires heavy read/write process. I don't think this bug will be fixed. It is already accepted as part of the system.
5:48 AM

Popular posts from this blog

Would Indonesians switch to Telegram (from WhatsApp)? No!

January 11, 2021
My telegram feed shows a lot of people subscribing to Telegram. What gives? Apparently, many people are starting to install Telegram because they are worried with the latest WhatsApp's privacy policy update. (I should put links here.) So, that's it. In short, in my opinion there's no need for the migration. I have an explanation in a video, but it's in Bahasa Indonesia. It's here. Now, back to the "euphoria" (if you can call it that). Would people start abandoning WA (WhatsApp) and switching to Telegram? Is it for good? I don't think it is happening. It's like abandoning Microsoft Windows for Linux. Linux is as good as Microsoft Windows. (In my personal opinion, Linux is actually better, but this is from a techie person who have been using Linux since its early stage. I am biased.) Have you seen majority of people migrating to Linux? No. People are staying with Windows. Why? Because, we are used to Windows. Linux as a nice desktop too, but it is no
Post a Comment
Read more